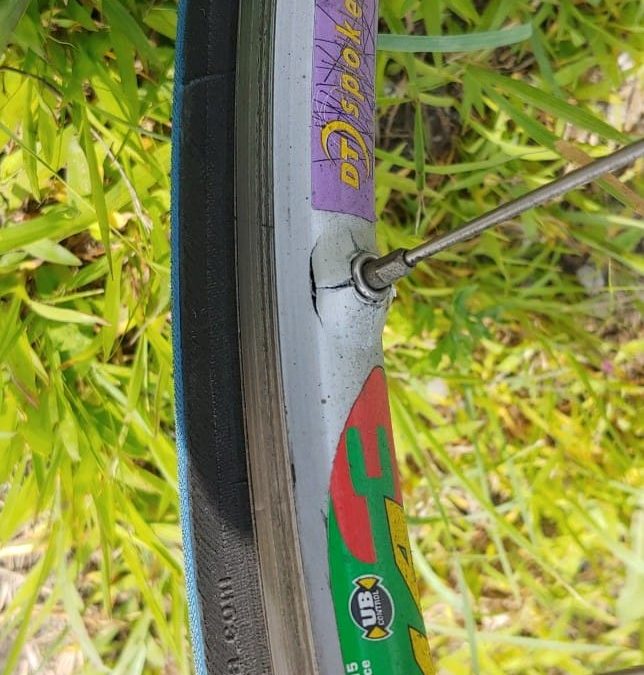 It could have been worse 🙂

Today was my first ride with the Niagara Freewheelers Bicycle Touring Club in years. Perhaps over a decade. There were six of us, including me, and we set off on a 60 km route that took us through all sorts of fun places.

I knew my rear rim was a little out of whack as I was coming down the hill on Decew. Coming up the hill I pulled over to check it out. It was a little wobbly but still spinning freely so I kept on going.

After managing the rest of the ride and wondering why I was feeling so sluggish, I headed out to finish the last 30 km needed to get to 100 km in total. I pulled over at Pelham and Victoria to check the wheel again and saw it was really out of true. A closer look revealed the rim was broken in one spot and cracked in another. Hard to know what finally did it in, but it’s pooched. Emily came to rescue me which was nice seeing how far from home I was.

So, dang it, I didn’t get to ride as far as I wanted, but at least nothing worse happened.

The wheel will hopefully be ready in a couple of weeks. New rim and new tires at least. Need to figure out how to train while it’s being repaired.